A territory in constant evolution made up of land and water. 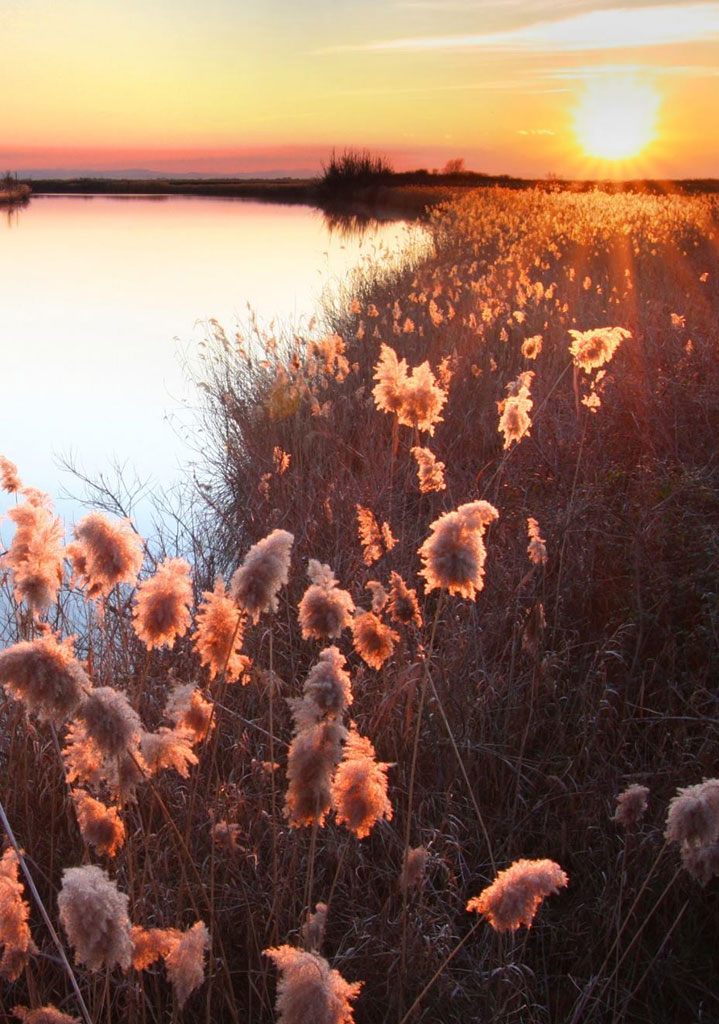 Po Delta is considered an UNESCO natural world heritage site because of its extraordinary cultural background that keeps nowadays its original characteristics.

Po Delta is a sediment deposit created in the mouth of Po River, in the Adriatic Sea. It covers more than a 400 km² surface and it is composed by 5 branches: Po di Maestra (or Maistra), Po della Pila, Po delle Tolle, Po di Gnocca and Po di Goro.

A delta is a fan shaped triangle created in multiple phases and Po Delta has changed its structure during the millennia. It is in constant growth and in the last century the delta area has continued to increase to the annual average of 70 meters. The scientists have calculated that in two thousand years Po Delta grew about 65 km. In prehistoric times the Po Delta’s expansion to the east was slower; the recent fast expansion is a consequence of deforestation in all its river basin.

The Po Delta area, always faced to floods and several projects of hydraulic preservation and reclamation works. It has an extraordinary abundance of natural environments and a great variety of animal and vegetable species. In order to preserve Po Delta, one of the largest humid zone in the Mediterranean area, it was established in the 1988 the Po Delta regional park, now included on the list of UNESCO natural world heritage sites.

“A territory in constant evolution made up of land and water. Nowadays it appears like a giant open hand toward the sea and the fingers are represented by the main branches.”

Po Delta is one of the most recent territories in Italy: the river four centuries ago accumulated some sandbanks. It is one of the rare cases when nautral history has a similar evolution in term of time to the human one. The entire area covers the east territory of Adria and it was formed in the last 4000 years. In all this time, Po Delta has changed various times its mouth to the sea, bringing alluvium in different areas of the Adriatic coast.

In Roman times Po Delta used to develop in the south of Comacchio (Ferrara) and during all the middle-ages the main branches were the southern ones (the primary and the Volano‘s one) and only in the 1150 most of the waters converged toward north, in the Goro and Levante’s branches. This fact, few centuries later, was a problem for the Republic of Venice, which it was worried for the landfill of the Lagoon because of Po Delta and Adige’s sediments: so in the 1599 it decided to deviate toward south  the main branch of Po River through a 7km canal.

Tenuta Goro Veneto, it offers a splendid stay and organizes trips in the Po Delta for activities like bird-watching with naturalistic guides by boat, bicycle, canoe, horse or simple excursions. It is also possible to book nautical excursions with fishing tourism operators in order to discover the waterways of Po Delta, the fishing techniques and all the fish and mussel local species. 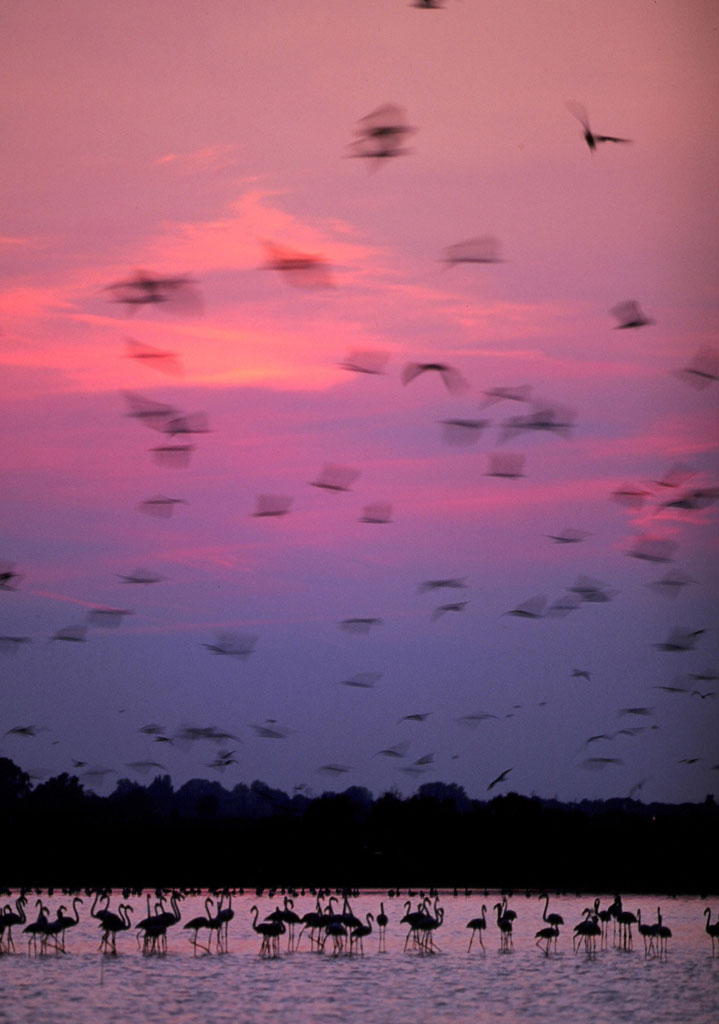